Celebrating 70 Years of Strong Partnership EXCLUSIVE Interview with Gerd Bommer, Head of ADVANTAGE AUSTRIA & Commercial Counselor at the Embassy of Austria in Romania

This year, ADVANTAGE AUSTRIA Bucharest celebrates 70 years since its establishment, congratulations! I invite you to walk us some of the key milestones from the milestones of the past seven decades to your celebratory plans.

The opening of the office of ADVANTAGE AUSTRIA in Bucharest on the 1st of May 1950 marked the 5th office opened worldwide after Paris, London, Frankfurt and Rome. This emphasized the importance of Romania for Austria. Today ADVANTAGE AUSTRIA has more than 100 offices in over 70 countries in this world. The intense business interaction started with a bilateral trade volume of EUR 115 million. and today stands 35-fold at more than EUR 4 billion. The 1990s were the pioneering days, the 2000s were the heydays of new Austrian investments in Romania, and after the financial crisis our commitment and endurance was the highlight. Austrian companies kept on investing and reinvesting and moved into a very strong position!

How does ADVANTAGE AUSTRIA facilitate the communication between the Romanian and Austrian business environments?

We offer our services in the areas of knowledge, platforms and partners. Knowledge comes in the form of publications, knowledge transferring events/conferences/webinars and the like. The platforms we offer are of our website www.advantageaustria.org, B2B platforms, Austrian Business Circles, Austria showcases, trade missions, future business trips, trade exhibitions and the like. Partners means business partner search, support in the market, market entry consultation, investment advisory.

The Austrian Business Circles play strong roles in facilitating communication in Romania, networking events between our business communities, all the trade missions. Likewise via Austria Showcases we highlight the products, services, and capabilities of Austrian companies to potential Romanian business partners, business partner search and B2B-matchmaking.

How are economic relations between Romania and Austria evolving and what are the short-term perspectives?

Our bilateral trade volume increased from EUR 115 million in 1990 35-fold to over EUR 4 billion in 2019. In the first half of 2020 we did see a certain decline, but smaller than expected. In the near term the goal is a swift return to pre-crisis levels and for the mid-term we expect 8 % annual export growth. In terms of imports the Neptun offshore gas project and BRUA could be real game changers, if substantial quantities are being traded via hub Baumgarten hub in Austria.

What are the main problems that Austrian investors face in Romania?

The bureaucracy – red tape – is a real issue. Facilitating businesses to work with less focus on bureaucracy could attract more FDIs. Therefore processes should be reengineered and digitalization should be even more of a high priority, but the government already put it on its agenda.

What are the main areas in which the Austrian companies present in Romania operate and what is the total value of the investments made by them in the Romanian economy?

In what areas are there business opportunities for Romanian investors aiming for an expansion in Austria?

Austria can be a business location for any sector for Romanian investors, but I guess the differentiator to other markets could be the opening of sales and marketing offices for German speaking markets, which have a sizeable population of over 100 million.

How has the SARS-CoV-2 pandemic changed the way we do business?

Before the crisis we thought comprehensive digitalization was another 10 years from now. The crisis has proven that teleworking, digital meetings, digital conferences and the like were made possible within 10 days! Therefore, digitalization will be the main differentiator of how we do business in the future. Nearshoring and Reshoring are also topics being circulated, but they are overrated in my opinion. Resilient supply chains, on the other hand are not, there will be a big development towards more resilient supply chains, including producing essential products in your own country.

What are the similarities and differences of the current crisis compared to 2008?

The financial crisis led to squeezes, shortages and bottlenecks in the financial sector, this crisis did not. As soon as we arrive in the “after-Covid-time”, the economy can operate normally again.

A big difference will be digitalization and teleworking, which will trickle into every single of our economic sectors.

The Romanian government has signaled a paradigm shift in the economy and announced that it would put more emphasis on increasing investments. What measures should the Romanian state adopt in order to restore confidence and stimulate investment appetite?

Decrease bureaucracy and invest heavily into digitalization, not only in the economy, but also in the public sector.

Transparency, predictability and stability are the most important frame conditions of the governments, and authorities work in respect to foreign investors.

What is the main lesson that entrepreneurs should learn from this crisis?

That you have to be flexible and adapt quickly to a new situation, but that society and businesses can overcome any problem.

And that putting on a bit of financial fat for hard times (not spending or repatriating your profits immediately) will put you in a much stronger position.

How do you see the mix of entrepreneurship and technology in the context of the 4th industrial revolution?

The biggest game changers in terms of technology will be robotic process automation, robots and cobots, and artificial intelligence. Those 3 areas will influence every part of industry, economy and business. Romania is well equipped to play an important role in those areas as one of the world market leaders in RPA, and thanks to its impressive pool of highly qualified and ambitious IT engineers, who are gearing up towards entrepreneurship.

What are ADVANATGE AUSTRIA Bucharest’s plans for the last part of 2020?

First of all to host the successful event “Celebrating 70 Years!” On September 9th we are launching our anniversary book, showcasing the great capabilities and performances of Austrian businesses in Romania. The whole month of September is dedicated to our 70 Years anniversary, in honor of which we are also running a PR and social media campaign.

After that, it is all about getting into a new normal, as many call it. I hope that we can go forward (and not back to what was) as a society and economy, into a new world of digitalization, teleworking and resilient supply chains.

And we are keeping our main focus – staying a strong partner for our Austrian businesses and investors in Romania.

THE TIMES | INVESTING in PROPERTY

This website uses cookies to improve your experience. We'll assume you're ok with this, but you can opt-out if you wish. Accept Read More 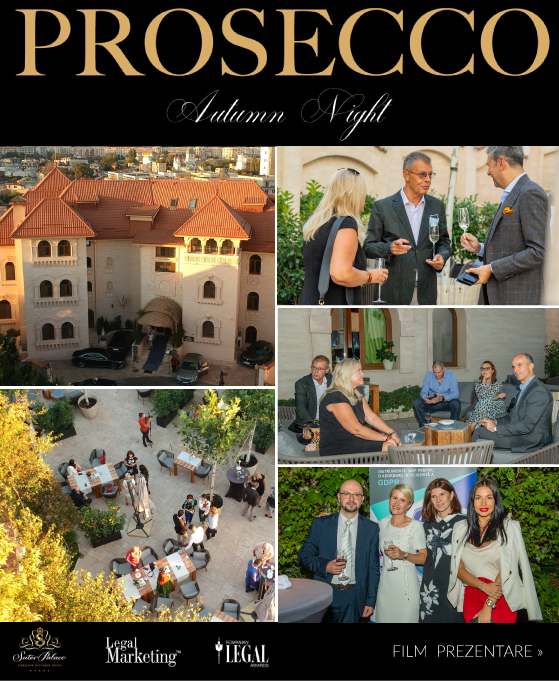